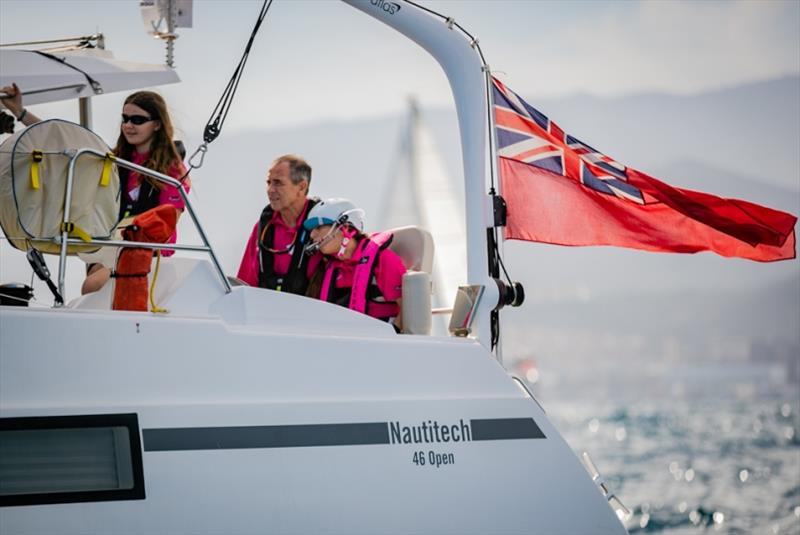 Natasha Lambert is well-known to sailors around the world for her daring and engaging personality. Lambert, an Isle of Wight native, has set sail for Saint Lucia. She began her Atlantic challenge days ago. Natasha Lambert is a Cowes-based sailor who has multiple awards for her sailing prowess.

As an adventurer, she left Gran Canaria on Sunday, November 22, 2020, to sail to Saint Lucia on her next leg of the Atlantic trip. She set sail at 1 pm. Natasha Lambert is a unique and fantastic sailor because she uses just her mouth to direct the boat. Natasha has Athetoid Cerebral Palsy and is confined to a wheelchair, but that does not stop her adventurous spirit.

Natasha is known as MissIsle. It is thanks to her father, Gary, who engineered the “Sip-Puff” technology that allows her to sail. Natasha, her family, and a few crew members are sailing for charity under the 2020 Atlantic Rally for Cruisers (ARC).

The course they are traveling is 2,700 nautical miles. Natasha’s journey began in Cowes in August. They left Cowes Yacht Haven on the Nautitech Open 46. It is aptly named the Blown Away. Natasha and her family are raising money for Cowes RNLI, the Ellen MacArthur Cancer Trust, and Natasha’s MissIsle School of Sip and Puff.

This is not the first charity journey in 2020. In early Fall 2020, another person, a teenage boy, swam for a cancer charity for his mother. His trip involved swimming from Saint Lucia to a nearby island, a journey that took over 13 hours. Christophe Maleau could be the next best Olympic swimmer. Already well-known for his swimming distances, Maleau took the 40-kilometer distance with his father on a canoe beside him.

Both Natasha and Christophe show the world what you can do when you have heart and gumption.