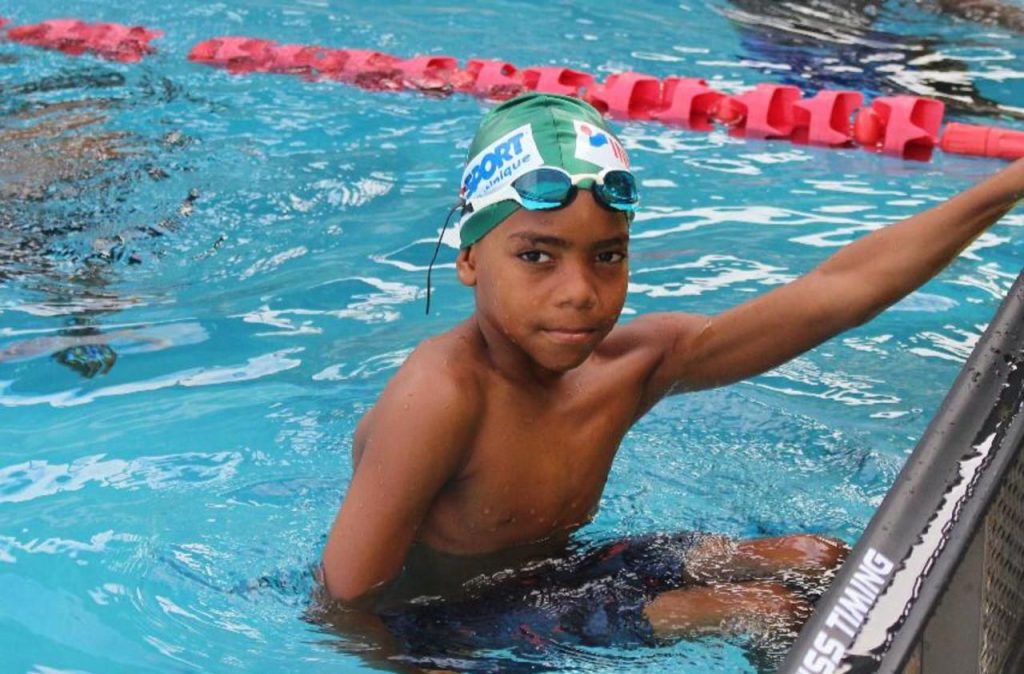 Christophe Maleau is a Martinique native that took on a challenge few twelve-year-old’s would dream of. Maleau swam from Saint Lucia to Martinique in early October. He is the youngest person who has made that swim. The distance is 40 kilometers, which took Maleau 13 hours and 50 minutes to complete. Let’s not forget the 47 seconds added to that time.

It might not seem impressive to adult swimmers, but for a twelve-year-old boy, the time is definitely worthy of being in the swimmer’s hall of fame. Maleau is considered a swimming prodigy by many standards.

In a photo, he was joined by a small number of people who successfully swam the Saint Lucia Channel. One person who made the swim was two-time Masters world champion Jacques Sicot. Another was Gilles Rondy, a French Olympic champion. Maleau is definitely aiming for the Olympics, and this recent swim shows he has the mettle to go the distance.

Maleau has made other long-distance swims of note. At nine, he swam 6.5 kilometers. A year later, in 2018, he swam for ten hours, making the trip between Diamant and Schoelcher in Martinique.

Maleau wanted to swim for his mother, who has breast cancer. While she is in remission, there are still medical costs. There were also hurdles to jump due to Covid-19. Maleau’s father was in a canoe beside him the entire time, and while his father stated he was worried, he also knew his son would never give up.

Maleau told the press he sang songs to himself to have something to think about rather than the tiredness he felt with such a distance and so many hours. He knew he had to continue for the cause—his mother.

Martinique and Saint Lucia have much to offer, including a community and family spirit like Maleau showed the world with his swim.